With the multitude of craft spirits available nowadays, there’s plenty for consumers to choose from – especially if they’re looking for more of a personal touch when it comes to their alcohol. From craft gin to craft beer, consumers only have to visit the supermarket aisle or search for the term ‘craft’ on Google to be given endless options. But, has the ‘craft’ era of alcohol reached all of our favourite spirits yet? 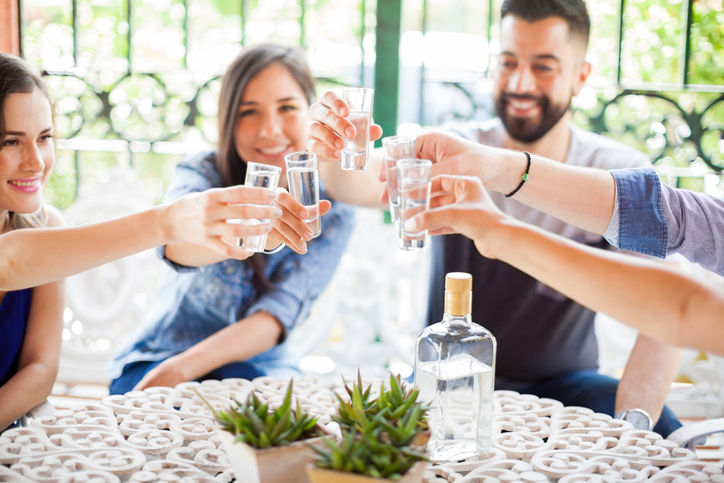 Many connoisseurs often skip over vodka when the discussion around craft spirits arises. This is often down to the impression of vodka that many have – thinking of it as being colourless, flavourless and odourless. While the spirit is popular in terms of sales, there is less differentiation within the spirit as compared to other spirits like gin. Enter craft vodka. With everything from expertly and uniquely flavoured vodkas, to changing the texture, or even making vodka from unusual ingredients, craft vodka takes a well-loved and well-known spirit to another degree.

One of the most popular types of craft spirits, craft gin has resulted in various distinctive and quirky products and techniques, with so many different gins now on offer. The enthusiasm for craft gin seems to be one that never quite dies down – and we don’t want it to! (You can read more about the rise of gin in our blog, The Gin Boom – Part One)

With so much experimentation comes endless new gin products, full of different flavours and intriguing botanicals – some that you may never think could feature in such a delicious drink!

Much like the gin boom, rum has gained popularity with the younger generations, with many suggesting that it is likely to replace gin as the next big thing. (Check out our blog, The Gin Boom Part 3 for more on this!) Craft rum has begun expanding rums outlook, including new themes as well as the traditional pirate theme that has been long associated with rum, craft rums now deliver something quite different. No longer do commercial white rum brands run the rum industry, but rather craft sipping rums with unique and intense flavour profiles. Each craft rum offers its own intriguing journey of flavour to consumers.

Despite being associated with hurried shots in a busy bar or those delicious jugs of margaritas, tequila is a refined and delicate spirit, especially when considering craft tequila. From expert cocktails to the refreshing sipping tequila, there seems to be nothing but class associated with this craft spirit. Whether your tequila of choice is a Blanco (white), Reposado (rested) or Añejo (aged), there’s a choice for all. They could appeal even if you don’t like the initial taste of tequila, thanks to craft spirits that expertly infuse flavours like a rich coffee or sweet honey as well as a vast array of popular flavours such as chocolate, salted caramel, pistachio and coconut.

At Signet, we can help you create an embellishment that will make your packaging as unique as your product. We work with a variety of clients, including a number of craft spirit brands, to design and create embellishments and services that not only enhance your product packaging and establish your brand, but also aid in differentiating you from every other craft product.

To learn more about what we do at Signet, or to find out about how we can help you and your brand, call us on +44 (0)1733 396080 or email us at info@signetbranding.com. Alternatively, you can use our simple contact form.

7 May 2020: Adding texture and features to labels

2 April 2020: Why we’re staying positive about face to face events