Across the globe, people have enjoyed alcohol for centuries. There’s evidence that as a species, we’ve been purposely fermenting beverages spanning all the way back to the late Stone Age.

The production and consumption of alcohol in different countries around the world has always been intrinsically linked to the reflection of the culture and religion of that region. As a result, different countries, and even different cities, have traditions, rituals and experiences that revolve around drinking alcohol.

The drinking culture in the UK is often centred around the iconic image of the British pub, due to the various depictions of pubs in TV shows and movies – even growing to appear on social media. Heading down to the local pub or bar after work on a Friday is a staple of British drinking culture. Drinking alcohol is also a big part of the experience of university life, with many of the socialising events either being centered around the consumption of alcohol, or at least featuring it in some way or another.

However, it seems that the actual statistics behind this type of drinking behaviour are starting to change. In fact, in 2016 just under 21% of people surveyed in England, Scotland and Wales said they did not drink alcohol, equivalent to around 10.6 million adults aged 16 or over. This is down to the changing attitudes toward alcohol in younger age groups, such as Millennials and Generation Z. As a result, the proportions of non-drinkers were highest in the youngest (16-24) and oldest (75+) age groups. 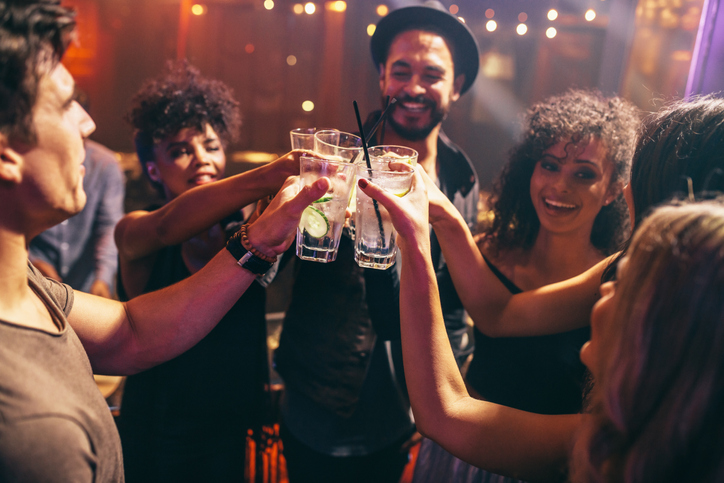 That being said, there are plenty of British drinking customs that may seem strange to those who have grown up around or predominantly experienced a different country’s drinking culture. Here, we’re going to touch on a few of these quirky British drinking traditions – let us know if we missed any of your favourites!

First up, in the UK, we call orange juice and champagne Buck’s Fizz, rather than a mimosa. Buck’s Fizz is often only consumed seasonally here, around Christmas time, or at celebrations, such as weddings. Whereas in other countries it’s a common brunch beverage.

Mixing lager with lemonade is another popular drink, called a shandy – often chosen due to the way it dilutes the alcoholic content of the lager and makes it more refreshing. However, in other cultures, this is considered unappealing, and even potentially a waste of beer.

Guinness with blackcurrant is another combination that is frequently consumed in the UK, which is often considered odd by other drinking cultures. A similar Brit favourite is a snakebite, made by combining equal parts lager and cider with a splash of blackcurrant cordial – commonly found in university towns around the country. Beware, if you spill one it can leave a nasty stain!

In fact, cider drinking as a whole is renowned for being a largely British pastime – with the UK having the highest per capita consumption of any country. While France and Spain do also get involved in the production of the drink, the West Country in England is famous across the globe for its contribution to the cider industry – both in producing it, and drinking it.

The act of buying “rounds” of drinks, and the lack of table service in British pubs and bars, are just a few other customs that differ from other drinking cultures. If you’ve ever had a bad experience getting stuck buying rounds in a pub, then you may not think this is a bad thing!

While some of these drinking quirks are more for entertainment purposes, understanding your audience and their relationship with alcohol is the key to success if you want to market your product effectively.

A Voyage Through Time With Whisky