UNBOTTLED WITH A 'YO HO HO'

It conjures up images of eye-patched, cutlass wielding pirates, peg-legged and throatily singing as they toast their tankards to the spirit that keeps them at sea: rum. In 1881, Robert Louis Stevenson wrote Treasure Island which was to become a world bestselling classic, synonymising rum drinking with sea marauders. Whilst buccaneers and high seas undoubtedly played their part, the full history of rum is even darker and stormier. 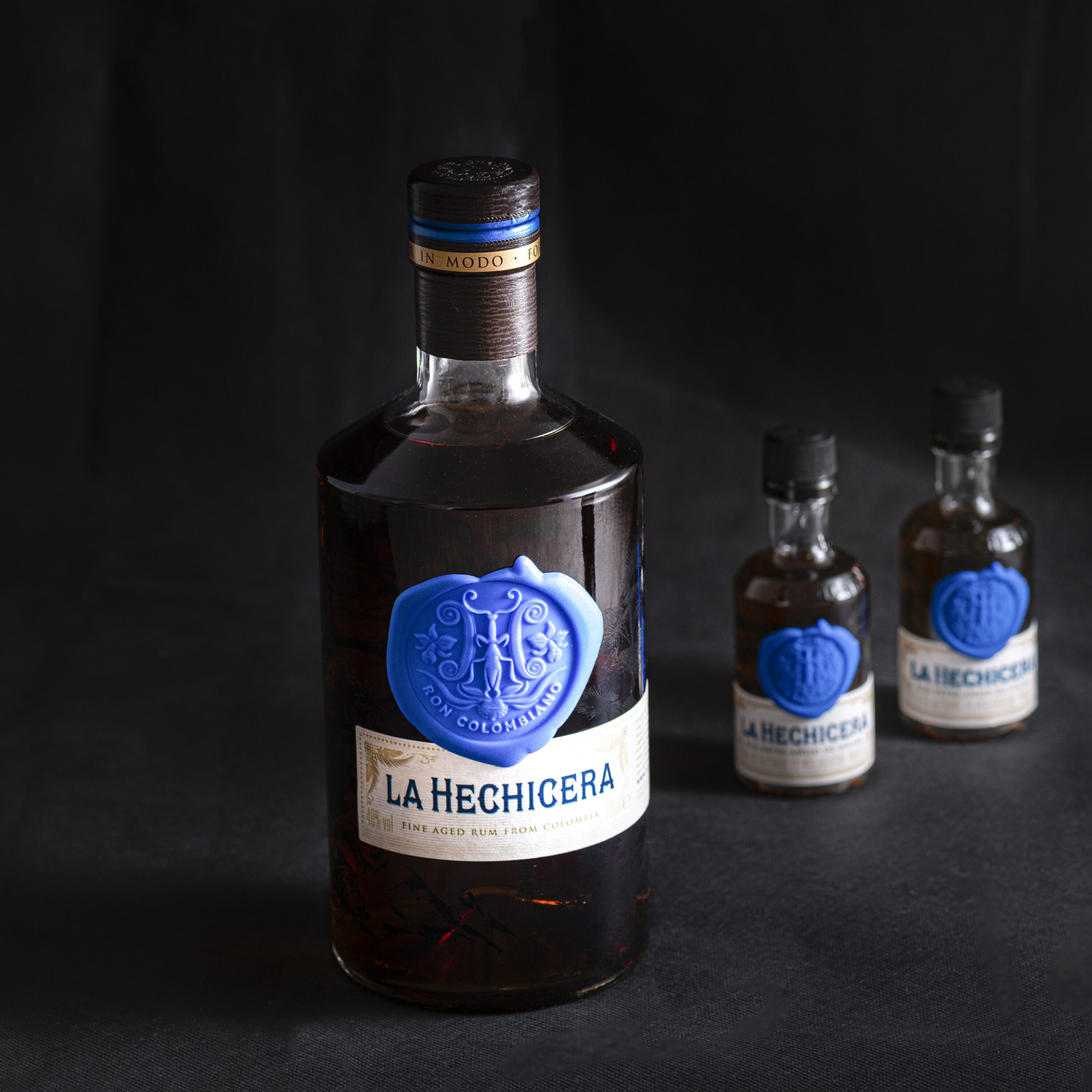 Unsealed and unscrolled: the most ancient written record of rum’s introduction as a beverage can be found in an ancient Indian Sanskrit manuscript called the Mānasollāsa (c. AD 1129). Inscribed in this parchment a fermented cane beer named Asava is mentioned. History credits famous explorers with the discovery of sugar cane; in the dusty annals of centuries old quotations, 325 BC brings up Alexander the Great’s general Nearchus who is supposed to have stated, “A reed in India brings forth honey without the help of bees, from which an intoxicating drink is made though the plant bears no fruit.” Soon after, the barrel began to roll, as Middle Eastern chemists chronicled the development of the first alembic pot still. Sugar cane had already long been cultivated in New Guinea and had spread to favourable climates throughout India, and southeast Asia. Fast forward to Marco Polo, the Italian teenager who traded in jewels and won the favour of Kublai Khan, whose travels in the 14th century noted in his journals ‘a very good wine of sugar’ in modern day Iran. Whilst the Malay people are thought to have produced a drink called ‘brum’ thousands of years ago, and the Moors brought the crop and the basic technology for making the liquor into Europe via Spain, the origins of the rum we know now are thought to have emerged from the Caribbean islands in the 17th century.

Now for a tongue-twister: Christopher Columbus convoyed cane to the Caribbean in 1493. Slavery, sadly, was key to corking the bottles, keeping the dark spirit flowing over the seas, outlasting the popular beer and purer than the water of the day, ultimately lining the stomachs of the British navy sailors. Rum was chosen as the official daily totty for its men in place of the oft-foe France’s brandy, a practice which was only discontinued in the 1970s. West African slaves bound to the vast fields of their plantation owners.toiling long hours at the reckless mercy of their greedy masters, discovered that molasses, a spin-off of the sugar refining process, could be made into alcohol by boiling it down a repeatedly to produce sugar crystals. Further experimentation proved that distillation could remove its impurities, and cask ageing produced a pure ‘rumbullion’, taken from the name for uproar. The ‘liquid gold’ as New England colonists began to call their lucrative trade, went hand in cuff with the growing demand for slaves, the free labour seized from Africa to plant, tend and harvest the precious crop that was taking America and Europe by storm with addictive craving. 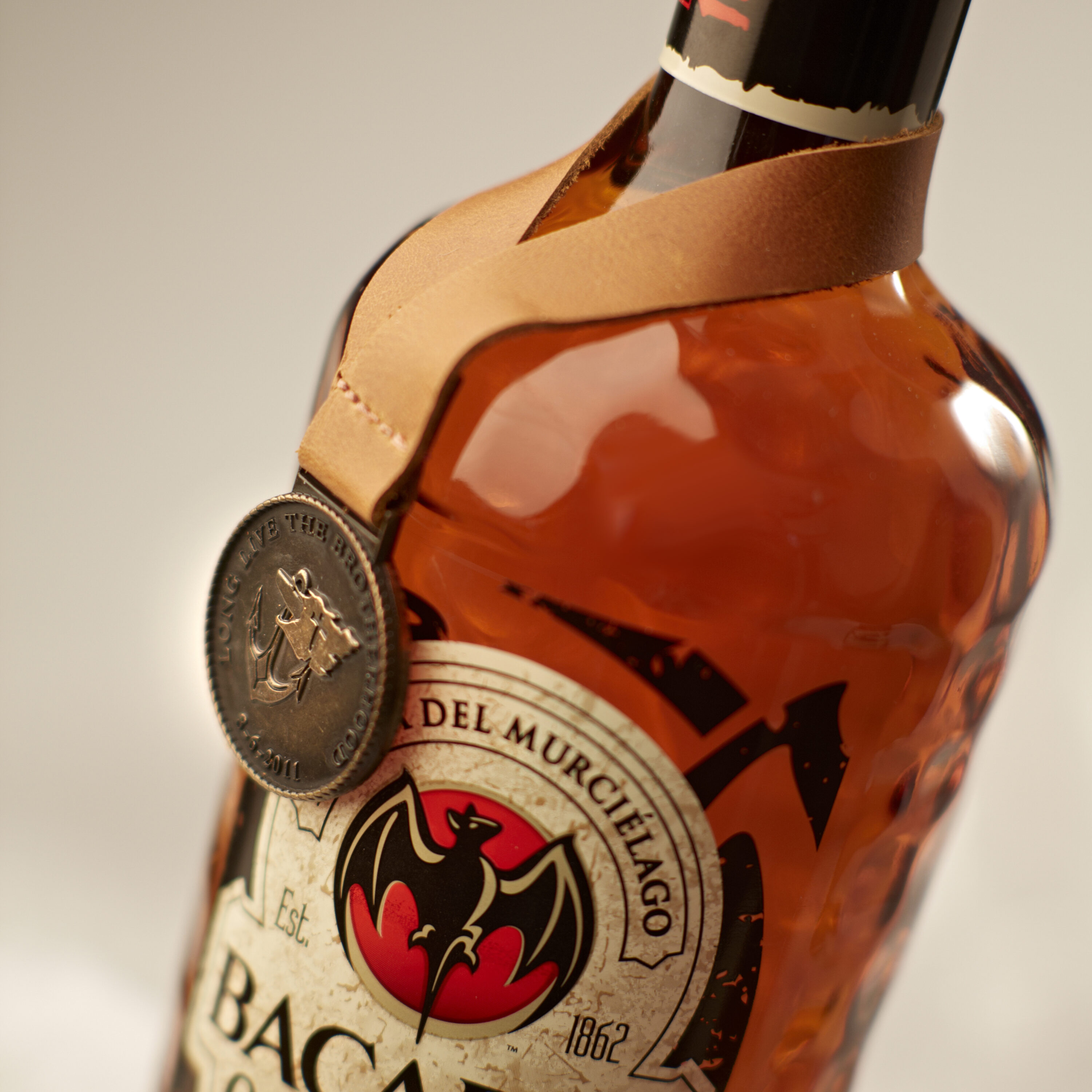 Initially hindered by import restrictions, rum’s popularity began to surge in the UK in the 18th century. By the 1800s some of the brands so well loved today began to emerge.

So who was Dona Amalia Bacardi Masso, and what did she have to do with rum? The Haitian-born granddaughter of a French coffee plantation owner discovered fruit bats in her hard-working Catalonian husband’s distillery, and knowing the island’s reverence for the flying rodents, immortalised them forever as the brand image. Through imprisonment and exile, the family’s lucky icon not only survived but captured the hearts of world to become the best-selling rum internationally.

Flor de Cana was fast setting sail to fall suit. Was he stirred up by the exotic tales of his famous countryman Marco Polo? We will probably never know. What we do know is that in 1875, the Genoan Alfredo Francisco Pellas Canessa, set off for Nicaragua to make his fortune. Riding on the crest of the Californian Gold Rush, he invested in a hugely timesaving steamboat route which proved popular with his competitive treasure-seeking passengers. Always quick to move with the times however, when newspapers broke the story of the phenomenal Panama Canal construction beginning, he realised the need for a change of vision, and, awestruck by the view at the bottom of San Cristobal, struck on it as an ideal base for a distillery to produce rum. To outsiders, his choice may have been crazy: five miles from the tallest, and still active volcano in Nicaragua with a crater spanning over 55 times the size of a current day football field, but it offered the essential ingredients for the fine product he was to deliver: perfect climate and fertile soils. Like Bacardi, the 5th generation family business was swift to take up social responsibility and consider for its workers and fellow citizens. It has provided free education through the company school since 1913. Still today, the eruptive ‘sugarcane flower’ dominates the bottles of one of the world’s most awarded rums. 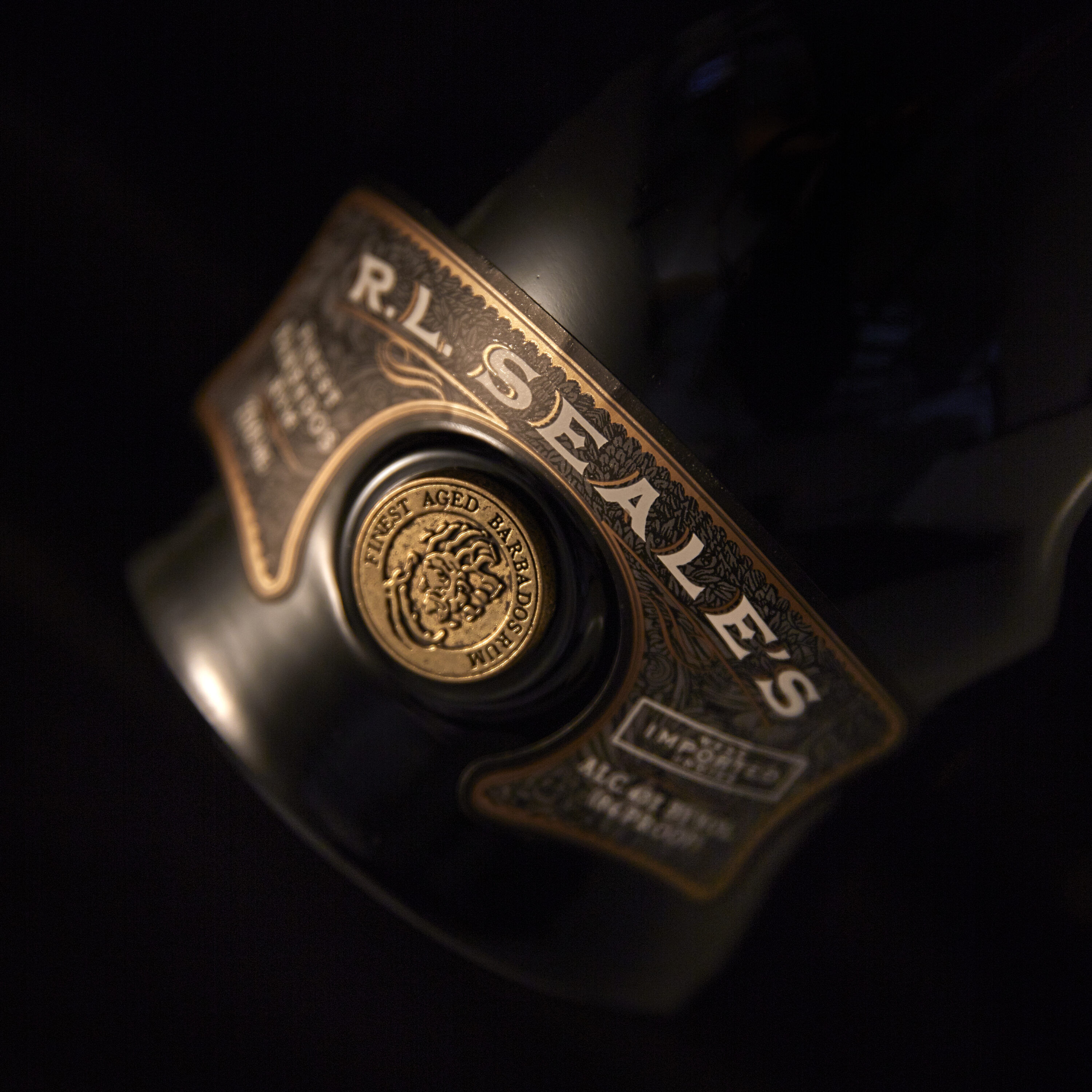 A little slower at rising to full sail but going back home to the Caribbean cradle of rum production, was Foursquare, another family business staking a claim as far back as 1820 in the rum business. Switching from traders to distillers in the early 1900s, the company’s fortunes began to grow on the back of their exceptional ‘maverick’ approach to high quality expressions of rum production. Taking a big gamble in 1995, Sir David Seale secured a decrepit sugar factory in Barbados and the odds on its restoration to a modern custom built distillery in its place paid off as his collection of virgin highly distilled rums fast became collectors’ items.

The Appleton Estate’s dumpy curvy bottle dated 1749 was presented to an English captain probably in commemoration of when Jamaica was seized from the Spanish a century before. J Wray’s tavern may have earned medals for its blends but it wasn’t until the 1940s when the Estate’s name began to be regularly seen on bottles, when Campari caught sight of its future, winning takeover, bid. The distillery now boasts one of the world’s largest inventories of aged rums, as they have a cane-to-cocktail culture, almost unrivalled across the industry. 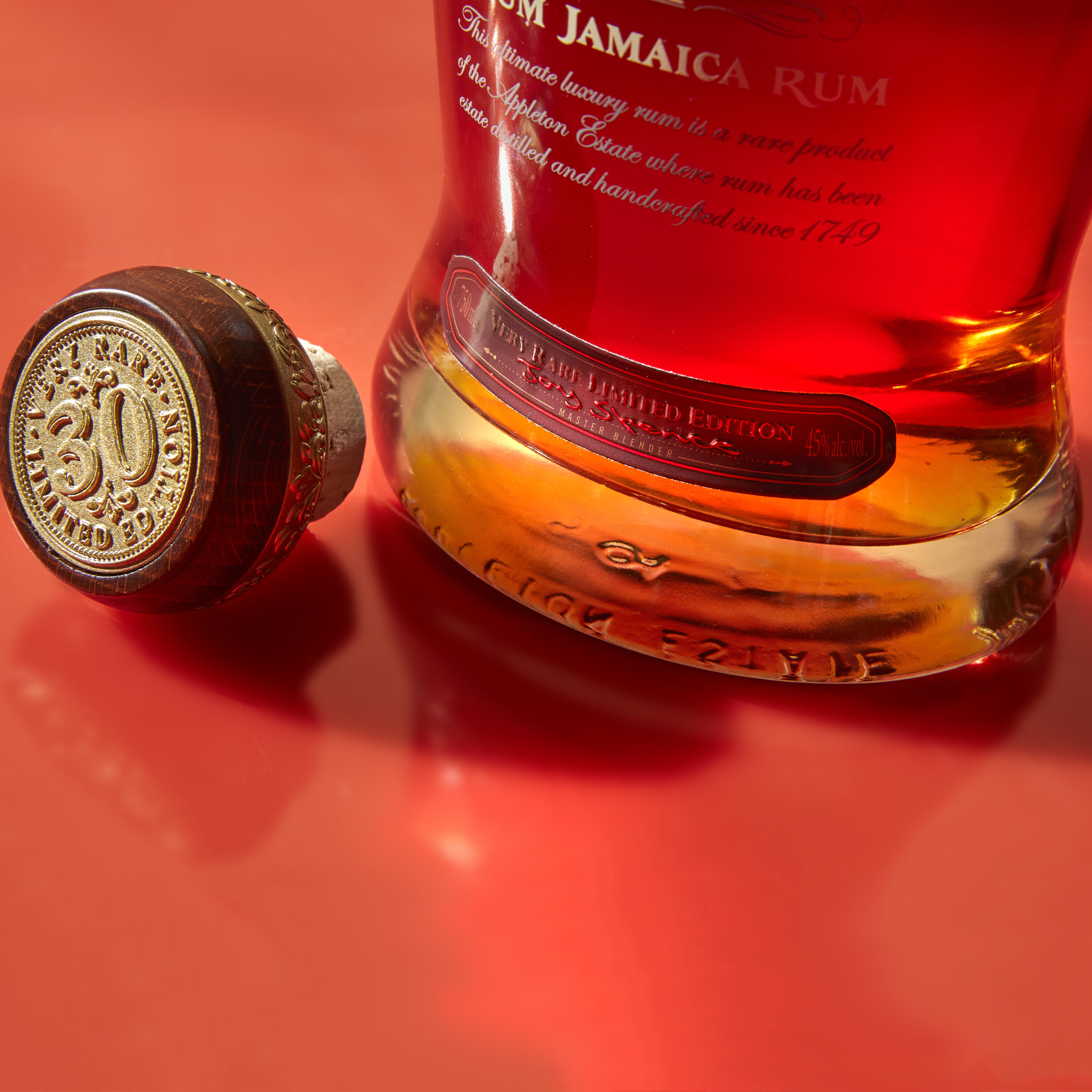 Made from virgin honey instead of molasses, and run by a lady named among the best master (or mistress?) distillers in the world, Zacapa was born in 1976 to commemorate the small eastern Guatemalan town’s 100th birthday, and still uses machete reaped cane, ages the liquor at 2300 metres above sea level and decorates every bottle with palm leaf hand woven petate rings. The presentation piece keeps hundreds of the indigenous local women in business. They know that right down to the bottle’s iconic decoration, every part makes up the secret to their first-place premium rums awards 4 years in a row, a global success story.

At Signet, we help brands tap into that success. Quality finish denotes quality product and those with an eye for a fine rum know how to pick a good bottle. Contact us today for your bespoke design.