WHY BRANDS STAND OUT AS LUXURY

If you are a connoisseur of Monkey Shoulder, you will be familiar with looking out for the brass monkeys; the key to locating, and reassurance of the genuineness of, your favourite tipple. So how is it that a small brass badge can become so popular as symbolic for a brand and synonymous with quality?

Monkey Shoulder brand owners are market disruptors William Grant; we are quality packaging market disruptors Signet. They wanted to bring to the market not just a new whisky blend for a new generation of drinkers, but to claim the top spot in the market for their target sector. Their iconic intricate, triple monkey badge is one of the keys to this success. Had it been a video it would have gone viral; as a prime product aptly marketed for the younger sector it attracted a following of raving fans, and in France has knocked the frontrunners out of line to claim the premier place amongst the chic as their crème-de-la-crème blend of choice.  Signet therefore collaborated with William Grant to finalise this intricate badge.

Not many people know the fascinating legacy behind the Monkey Shoulder branding though. It’s tinged with sadness and goes to show what enormous toil has gone into bringing the finest array of whiskies in the world to our shelves. Today, the practice would be condemned by health and safety authorities, but back then, it was ‘take the rough with the smooth’ and men were simply grateful for a regular job. The brand honours these ‘mash men’ who used to spread malted barley from the whisky steeps over a concrete floor, where it had to be tossed regularly for a week. Long hours of hard labour with oversized barley shovels caused many workers to develop repetitive strain injuries which left one arm hanging low like a monkey’s – hence, the term ‘monkey shoulder’ was born. Production of such huge volumes each year proves the success of the Monkey Shoulder brand, which has quickly become a key player in the category despite competing with much longer-established brands. Remarkably, it is so collectable that even empty bottles sometimes appear for sale. 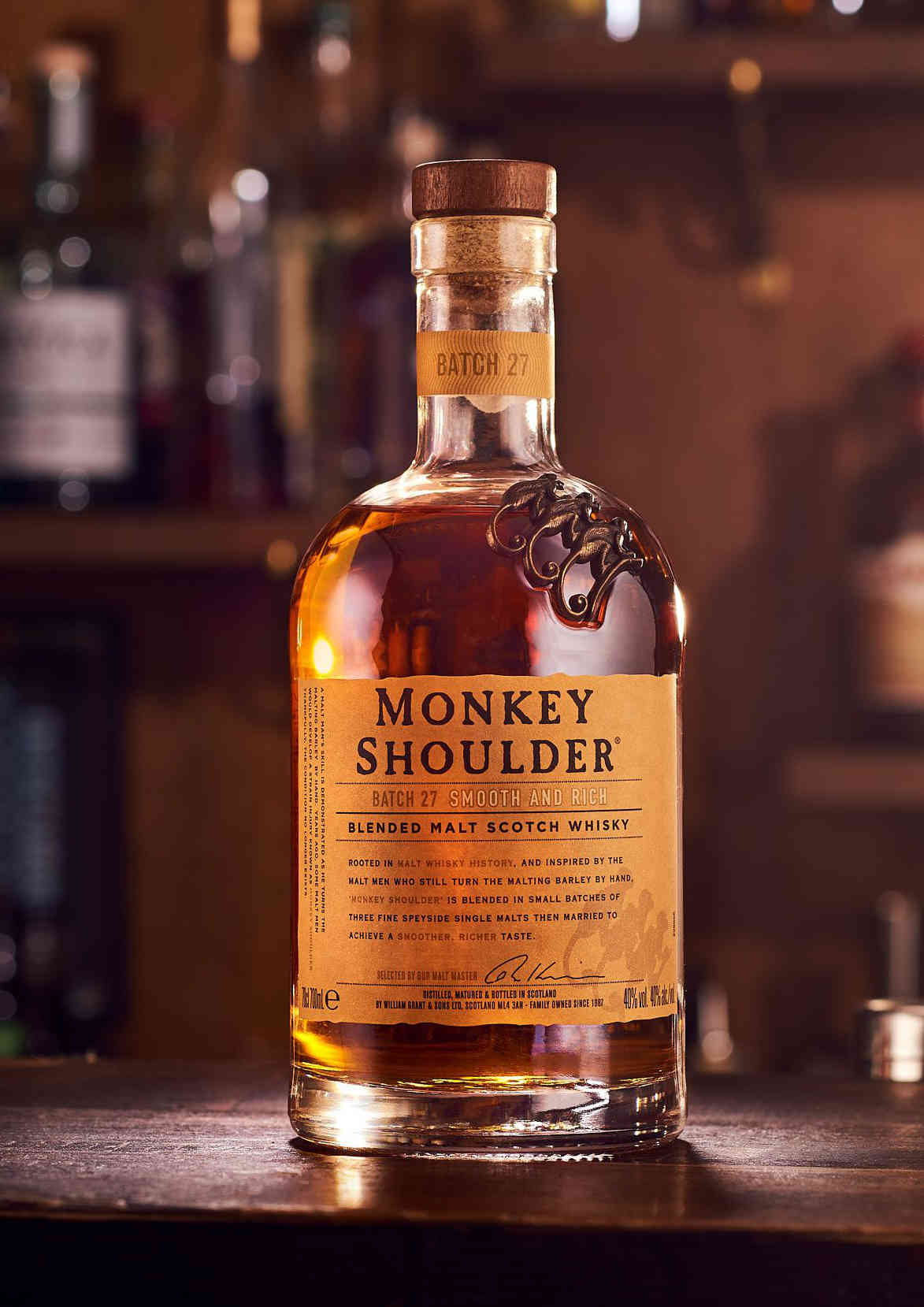 Wessex Gin sparkles blue in its distinctive squat bottle – like an aquamarine gemstone from the mineral beryl in its Alfred the Great edition. Entwined in myth and folklore, the story goes that the great Anglo-Saxon king, who suffered crippling intestinal cramps, a former Einstein and natural leader, united the warring kingdoms of Northumbria, Mercia, Kent, East Anglia and Wessex during his reign. His master alchemists noted their herbal remedies in texts known as the Herbarium, and it was these writings that inspired Jonathan Clark, master distiller, to form his own, ‘Wessex’ – now part of Hampshire, Somerset, Wiltshire, and Dorset – based brand. A stickler for detail, Jonathan now has the perfect marketing tool dangling from each and every Alfred the Great bottle’s neck – a diecast perfect replica of the original Anglo-Saxon coin.  It is a tribute to the first known coin in history to bear the monarch’s head – an enormously successful king mascotting an enormously successful brand. How can he be so sure it’s accurate? His distillery owns one of just the three known remaining original coins, and he can rely on Signet to capture the design exactly. Signet is in effect Alfred’s modern-day royal mint, and naturally, the Wessex varieties just keep claiming medals. Including the gold medal in the London Spirits competition, Jonathon sees it as having reached the epitome of quality, value, and last but not least, packaging, amongst brands competing from across the globe.

There are no Johnnie Walker fans who have not met the golden charm hanging on its cord of blue and white for the Blue edition. In fact, many will have pocketed the charm for a keepsake reminder of the smooth richness of the classic blend. All of our cartouches, badges, medallions and charms complete not only the quality look that wins the hearts of judges, but the pride for the owner collector, the joy for the drinks opening experience, and the long-remembered legacy of a unique barrel’s contents. That is, after having helped win over the buyer, swamped with options across the real or virtual shelves of the marketplace. 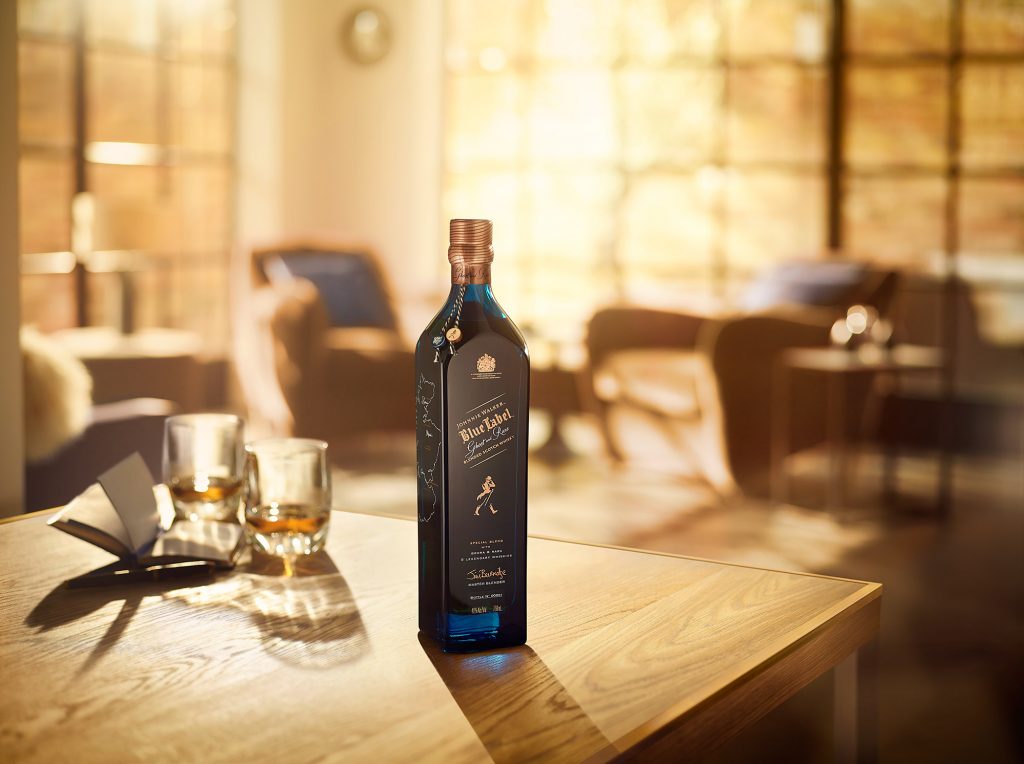